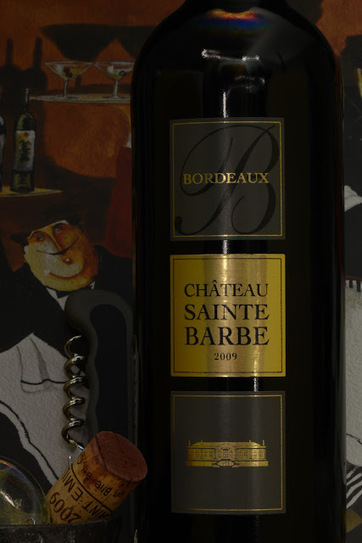 “Château Sainte Barbe Grand Vin 2009 Bordeaux Supérieur, $13.59-$15.99, 89 points, appears near black at the core, trends deep black currant red, terminates clear, with draping dense legs. The pronounced cedar aroma claims its dominance over leather and earth, but with time and air calms to a light black olive.
Full bodied and juicy with blackberry, boysenberry, and damson plum, all resting on a platform of good acidity, near moderate tannin, and accentuated with coffee liqueur.
The finish trails a fading palate into a long subtle spice marked by heat (15% alcohol).”

Another wine tasting from The New Hampshire Wine-man. This article is about 2009 Château Sainte Barbe, a wine from the Bordeaux Supérieur appellation. Château Sainte Barbe was built between 1760 and 1770 by Jean-Baptist Lynch. The estate remained in the same family for more than 150 years until the Touton family acquired it in 1999.

See our topic Planet Bordeaux – The Heart & Soul of Bordeaux on Scoop.it

See the complete review on nhwineman.blogspot.com